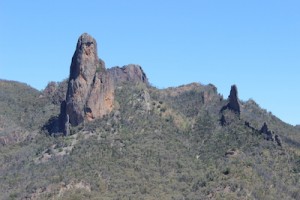 You will have heard a lot about the future of the Internet in Australia, and about the NBN — Australia’s National Broadband Network. Much has been said about its relative merits and good and bad qualities, but in Coonabarabran and the nearby surrounds we only want to know how it’s going to affect us, right?

And the news there is mixed, to say the least. All available information has us penciled in for a “4th quarter 2016” rollout in town. But you can’t confirm that, and we won’t know it’s happening until we see the workers. Out of town — that’s a whole other story. Not a good one.

Interested in general wireless and wi-fi services? See what we offer!

And we don’t mean remote farms, we mean Timor Road, River Road, or the properties near the Newell Highway intersection. Properties that are five minutes from town. Some of them have poor and slow ADSL now, while others have even more inefficient satellite. When the NBN comes along, satellite is all you will be offered. A fixed wireless tower was originally planned in 2012, but by 2013 that was abandoned in favour of satellite only.

The satellite may be an improvement over the old one, but it’s not a serious solution if you are used to ADSL or have any serious Internet needs. Satellite has high “latency” — the time it takes your data to reach and return from the satellite link. Latency kills applications like gaming and makes a variety of business and video conferencing applications almost impossible. And the satellite does not give you more than 150GB data downloads for the month at any time, and only 60GB at best in “peak times” (anytime between 7am and 1am!). For business, or families, this is not enough to do what we should be able to do on the Internet in 2016. 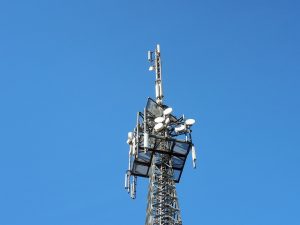 But enough of what we have and are being given in the near future. The better question is what can we do about it? The one technology not in the mix here is wireless. This is where we plan to step in.

A Wireless Internet Service Provider (WISP) can provide quality Internet with low latency and higher download limits. The NBN did not think the Coonabarabran region justified a fixed wireless service. We think that is wrong and we plan to change that.

Coona Wireless will be a local WISP for local people run by local people. We have been in the serious planning stages for some time and now is the time to reveal this to the neighbourhood. We have finally secured a partner for backhaul delivery into the area (this is the way you get data to your customers — traditionally something very expensive and dominated by the Telstra monopoly). The are independent of Telstra and at a price point that makes this service finally possible.

At the moment the plan as we’re developing it is for a wireless Internet service that will be available to homes and business northeast, north and west of Coonabarabran, with other areas to be considered depending on interest. This is all dependent on terrain also, but being local we can take more local considerations — something NBN fixed wireless is not prepared to do. Our plans so far call for moderate but consistent speeds, most importantly with very high download limits (500GB or better), something deeply important for businesses and families.

What we need so far is some expressions of interest — follow the survey link below to a Google form where you can fill out your details and find out more. This is certainly no binding agreement — we want to get a better idea of numbers and locations. Agreements will come later. But we will say upfront that we are looking for at least 50 customers to make this viable. Numbers above that would be even better, but 50 in any viable direction will be a minimum.

We would be interested in knowing what you think about this — post a comment here or on Facebook and let us know what you think. Please spread this notice as far as you like. We’d love for this to reach as many local people as it can, because Coona Wireless is meant to be a local service for local people.

Please fill out the survey form below::